A little while ago now, I, along with my wife Angela and our daughter River, set off on a lap of Australia. It was a time when very few families did so, and so it was quite the adventure. A highlight was travelling from Cairns to Cape York, navigating our way all the way up, down, across and through it. I’ve been back four times since, so if you’re planning a similar trip, ask any questions below.

From Cape Tribulation to Cooktown in Tropical North Queensland, the road is mostly 4WD only. As the mountain range (it’s actually still the Great Dividing Range, which began in the Grampians in Victoria and continues almost to PNG!) comes so close to the ocean around here (it stops at the beach), there are some killer climbs. Our trusty Nissan Patrol, loaded up as it was with 130L of fuel, 40L of water, and all our camping gear and food, couldn’t get up any of them in high range, despite the fact they had been sealed. They were steep. Even going down them was tough as they were so steep, engine braking was hitting redline, and the regular brakes were getting a workout. I pulled over a few times to give it all a break.

It was a long day after all that, and I think I can be excused for accidentally walking into the ladies’ showers at the Cooktown Caravan Park to rinse off. I didn’t even realise my error until I was drying off and heard a bunch of young girls walk in for their showers. I had to wait it out in the cubicle until I was sure nobody was in the common area and sneak out the back door.

The following morning we broke camp in a new record time. I seriously think we came in under two hours. It was so quick I didn’t even mind that Angela wanted to stop at a tacky souvenir shop and buy another tea-towel for her collection. Besides, I got to stop at the tackle store and kit up for what I was sure was going to be some serious barra action. After walking out with a much lighter wallet I was ready to cast lures at the road, I could hardly wait.

The drive into Rinyirru (Lakefield) National Park is spectacular. Not long after you hit one of the coolest named roads in Australia (Battle Camp Road), you cross the stunning Isabella Falls. The water is crystal clear, the falls are a sight to die for, and the creek is deep enough to make you feel like a real hero when you cross it in your Patrol; until, that is, you see a bloke cross it in a standard Suzuki Grand Vitara, but whatever. (Incidentally, we met a bloke nearly two weeks later who crossed it in his Ford Falcon station wagon, towing a caravan. Way to show a self-confessed hero up).

About 50 hectares of Rinyirru (Lakefield) National Park used to be the Laura Cattle Station, bought for about 8 pounds back in the late 1800s by a couple of Irish blokes. The old station ruins have been partially restored and were a pretty cool place to stop for lunch.

We eventually made it to camp later that day, possibly one of the best campsites we have set up at during the whole trip. Right on the banks of the North Kennedy River at Hann Crossing, a fire crackling warmly in the breeze, the sun setting orange and red over the horizon and barramundi hitting the surface for a feed as darkness overtook the day. It couldn’t have got any better.

For the next three days, we did little but fish. My new cherabin (giant freshwater prawn) pot got a workout, all of our new lures got well and truly flicked, and there was a lot of excitement on the banks each night as barra of unconfirmed size (but probably huge) kept striking at our lures. Unfortunately, the excitement was only at the new experience, rather than at us having any real luck catching fish, as the (huge) barra always missed the hooks. Still, the cherabin pot was successful, and we munched on a couple of the biggest prawns I have ever seen.

One of the lures I bought, a silver popper, was well and truly outperforming the rest. Every night, it was getting some action where the others were getting nothing. The only thing is, Angela and I (but mostly Angela) kept on throwing it into trees. It got so bad I had to make a rule that for every tree Angela threw it into, she had to buy me two more lures. She owes me about six. I must have climbed nearly every tree along the North Kennedy River getting this one lure back, often with another fishhook, tied to a piece of rope so I could throw it at the branch the lure was stuck in and reef it towards me. Still, it was worth every death-defying minute because that little lure caught us (Angela) our first barra. It doesn’t matter that it was about one third the legal size, or that it took the lure just as Angela was lifting it out of the water at the bank; caught is caught and barra is barra. Look at the smile on her face, though. That is easily my favourite photo of the whole trip so far. About 15 minutes later, Angela threw the lure back into a tree.

One of the highlights of Lakefield was our crocodile hunting excursion. Every time we have crossed a body of water since Gladstone, be it ocean, river, creek, stream or puddle, the same question gets asked. “Crocodile?”  Until then, though, the only ones we had seen were at Australia Zoo, and that hardly counts. So off we went looking for some, and maybe even a new place to fish. We eventually found ourselves at a mostly dried up creek by the name Saltwater. Not expecting much, I hiked along the nearly dry creek bed until I came across a larger body of water. As I got closer though, I noticed an odd-looking log sunning itself on a sand bar. By the time I got the camera up, the log had swum away. As I could no longer see the aforementioned croc, I decided to leave the area quickly. It is the ones you can’t see that are the worry.

On our way back out though, Angela asked, “Is that a log on the other side of the creek?” We stopped for a peak, and as it turns out, this little section was home to quite a few freshies. To our delight, we got a glimpse of two or three more crocs along the same stretch. We later found out the area is a regular nesting place for the freshwater colony in the area.

Eventually, though, our time in Lakefield came to an end. We might have stayed longer, but after a small drinking water incident where nearly a quarter of our water went missing, we were running low. Plus, we had the whole Peninsula ahead of us and didn’t want to have to miss out on anything. We packed up, again in one of our quicker times, finally getting into the hang of it all maybe, and headed north to Coen.

For now, that is where I will leave off, but the best bits of our Cape York Odyssey are yet to come. I don’t want to give too much away, but I catch a couple of barra, we conquer the Old Telegraph Track and both Angela, and I have some of the most fun fishing ever.

Planning your own trip to Cape York in Tropical North Queensland? Get the only guide to the region written by locals. 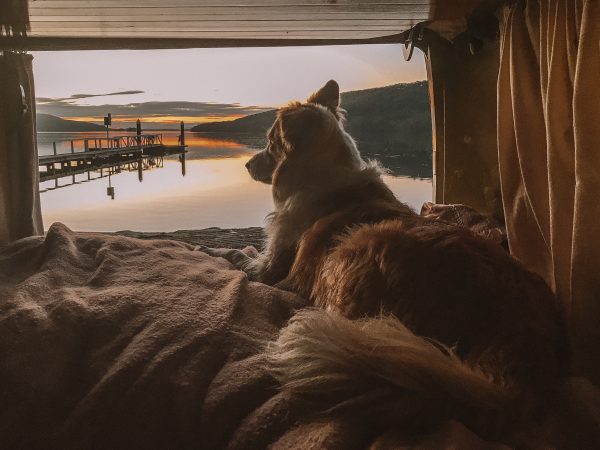 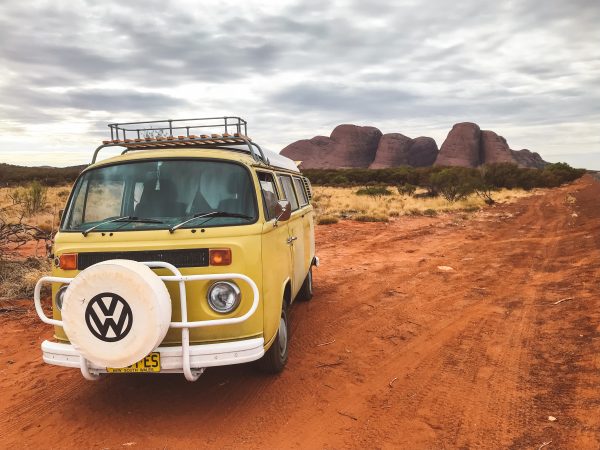