Home > Blog > From the Gold Coast to the Amazon with Ben Cooper
0
0
Search
Share the article:

Education is the most powerful weapon which you can use to change the world.

8 years ago, Gold Coast photographer Ben Cooper travelled to Peru to work with non-profit organisations in the reforestation of the Amazon jungle. After speaking with locals he developed a much greater understanding of the root of the problem. With an average family household income of less than $17 per day, families are forced to cut primary forest trees to be exported for luxury furniture, creating a cycle that is impossible to break unless something is done about the education deficit in these remote communities.

We caught up with Ben as he prepares to head back to Peru next month to continue his valuable work with the Kcosnipata Association for Conservation. They are primarily focussing on reforestation and education projects in the town of Pilcopata, a town where 95% of children are unable to attend school due to low household incomes. They’re also helping the Kcosnipata Association develop an eco-tourism industry to bring tourist dollars into these communities.

Please tell us a little bit about yourself

Ben: I was born in Brisbane but grew up in the Gold Coast hinterland on Mount Tamborine. The rainforest was my backyard and as children we explored every inch of it. After school I started DJ’ing around Australia and the world, playing in clubs and festivals but I’ve also been a cook, landscaper, nursery manager, scaffolder, park ranger and photographer.

At the moment I’m based on Mount Tamborine in preparation for the trip back to Peru in July. I’m working like crazy with my organisation One Family Global Volunteering (OFGV) assessing volunteer applications, generating funding for our project in Peru and running my landscaping business. Every spare second I have I’m out exploring places I haven’t seen before and trying as best I can to capture a bit of their beauty on camera. My photography is a big part of the funding for our reforestation and education project in Peru.

Please tell us a little about the Amazon reforestation project

Ben: I’ve been working on and off for the last eight years in Peru with non-profit organisations conducting animal rehabilitation and reforestation of the Amazon. In 2015 I returned there to buy land to extend a reserve, set up a new volunteer reforestation project and build a cultural centre. With the help of a friend of mine from Puerto Rico, Mariel Cordero, who is now a big part of the project, I spoke with community leaders about what I was intending to do. They explained to me that reforestation is a romantic idea that outsiders have but it does nothing to address the issue of deforestation. Lack of opportunities to make an income affects affordability for education, creating a cycle that’s very difficult for families to break.

They explained to me that reforestation is a romantic idea that outsiders have but it does nothing to address the issue of deforestation.

After long talks with members of the community we formed a partnership with a Peruvian non-profit Kcosnipata Association for Conservation (APCONK) and have begun work addressing these issues and gathering funding. In July 2016 we’re taking a group of volunteers, teachers from The Australian International school (AIS) to help structure an education program. The school in Pillcopata recently closed, leaving 620 children in the community without an education. We’re also taking a group of volunteers from the U.S. to start work on the reforestation of a ten thousand hectare parcel of land given to APCONK by the government to rehabilitate. Not all of this land is in need of reforestation, but for a 10 year program to be successful the cost is roughly $10,000 a hectare. We have our work cut out for us.

The Amazon is a far cry from your home on the Gold Coast, Australia. What drew you to go there?

Ben: I don’t know if you’ve ever had the experience of a word stuck in your mind, but for a year I would wake up and the first word that came to mind was Yucatan. Maybe it was just one of those words that rolls nicely in the brain when you’re not thinking, but in the recovery room of a hospital after having 2 tumours removed I decided I was going there as soon as possible. A friend of mine was the manager of a travel agency so I asked what volunteer programs they had available in Yucatan. The closest they had to what I was looking for was a reforestation project in Peru. I bought the tickets that day to leave for Peru in 2 months time.

For a year I would wake up and the first word that came to mind was Yucatan.

Once in Peru and while volunteering on the project villagers came to warn us that a horde of army ants were marching toward our camp. We grabbed a couple of tents and made a break for higher ground in the thick jungle, but in the night realised we hadn’t gone far enough. There were 7 of us including Magdalena, the owner of the reserve. We piled into one 3 person tent and spent the night smoking the tent out, trying to keep the ants from getting in. We had to strip down almost naked because of the heat and humidity. We all got to know each other pretty well over the night and afterwards Magda offered me a position managing the program, so I returned and ran the program for a year. I’ve been deeply in love with Peru ever since.

How long does it take to transit there?

Ben: It depends which way you go and how much you want to pay. Personally I’m used to travelling the cheapest way I can. I know every February I can get return flights to Cusco for $1200-$1400 but those flights can be between 35 to 45 hours. There are definitely quicker ways to get there depending on your budget. Once you’re in Cusco it’s a 6-8 hour bus ride over the Andes into the jungle.

Are there any similarities between the Gold Coast and the Amazon?

Ben: The last time I travelled to Peru I still had shots of Mount Tamborine on my camera. After spending some time in the jungle taking photos, I was scrolling through shots showing friends in Peru and those images of Tamborine came up. They were amazed at the similarity. The very obvious difference though is that everything in the Amazon is a lot bigger. The vegetation and wildlife is also a lot more dense and varied. I think if you go over as a tourist and travel on the well used tourist trails you are lucky if you get to see what’s really there but working in the jungle is a completely different experience.

The very obvious difference though is that everything in the Amazon is a lot bigger.

You’ve captured some stunning photos during your visit. How do you feel that photography can help save the Amazon?

Ben: An image can be very powerful. There’s a law of physics that states the act of witnessing an event changes its outcome. In this case it can create a sense of empathy through its story telling and empathy is what is needed to give this community the ability to choose their own future. Without help, the future of this community looks exactly like their past with no hope for anything better. They are forced to cut the jungle and this is the worst possible outcome for all on this planet.

Ben: Paula! Paula is a red Howler monkey rescued from poachers that I lived with on the reserve. Shortly after arriving on the reserve she was playing with me in a hammock, climbing to the end near my feet and jumping onto my face. I took a picture of her and was looking at it on the back screen when she caught a glimpse of herself. She grabbed the camera and looked all around it, biting and scratching at it. I couldn’t settle her so I took a picture of myself and held the screen up by my face. She looked at the screen, looked at my face, looked at the screen then, sitting on my chest, gently grabbed the camera and just stared at it. After that day every time she saw someone with a camera pointed she would photo-bomb and then want to see the picture.

What do you feel you’ve learned from your time there?

Ben: That is a very good question and I could write a book titled ‘What I learnt from Peru’. When I arrived in Peru I couldn’t speak the language and there were no English speakers in the jungle. I was perceived to be a big dopey gringo that a lot of people made fun of. Once I started to pick up the language I realised how much fun they were having and I had to laugh.

I had no use for money there. The most valuable thing to me was the kindness of strangers and when I received it words can’t express the gratitude I felt.

I spent a lot of time with the shaman of the Huacaria Alberto and the elder of Chontachaca Don Mario who both taught me a lot about the language of the jungle. Certain calls meant certain things, like ‘predator’ and all the animals knew what each others’ call meant. They taught me about medicinal plants and allowed me to join the ayahuasca ceremony. Most importantly though, I learnt that all of what I see is a part of my experience and to lose any of it would be to lose a part of me.

The best time to visit Peru is during the dry season from June to September.

What would you recommend to folks wanting to help?

The program is available all year round but the best time to visit Peru is during the dry season from June to September. I would recommend a minimum of 3 weeks. APCONK can organise Inca Ruin Tours including Machu Picchu, Sacred Valley, Pisac and also lowland jungle tours. All profits help further the project and provide much needed employment for the community. These tours are a must if you’re heading to Peru. Choosing to use APCONK is a great way to make a substantial contribution.

Volunteering here has changed so many people’s lives. What you will gain from this experience can never be lost. It can’t be bought or sold and is worth more than anything you could possibly hold in your hands. 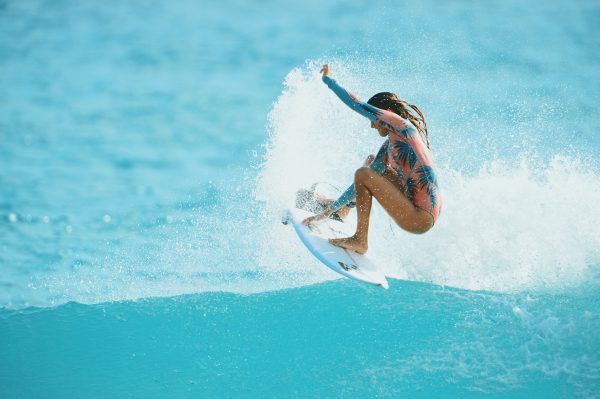 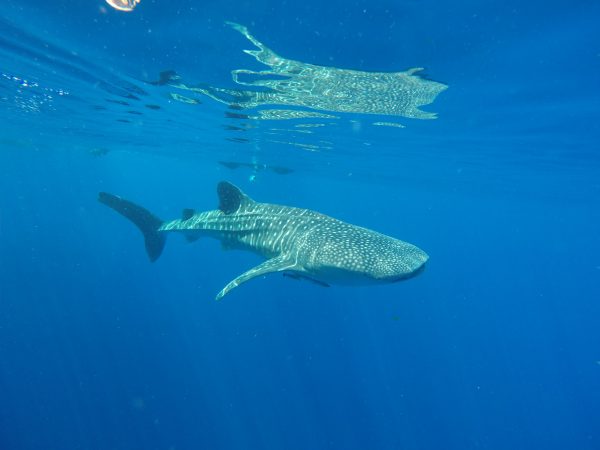 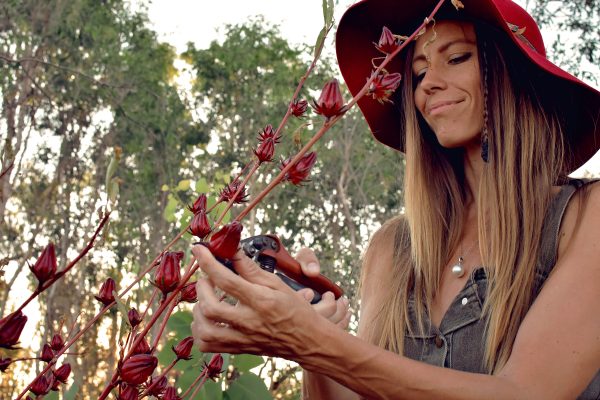