The Eyre Peninsula isn’t on the way to anywhere – not to Adelaide, not to Western Australia, or even to Darwin or anywhere on the east coast. Doesn’t matter where you are coming from, if you are not specifically going to somewhere on the Eyre Peninsula, there is absolutely no reason to go there. That’s probably why, in the middle of the school holidays, we camp almost alone some nights.

Even by the shortest route without detours, it’s 1510km from my house, and that’s just to the beginning. We travel that distance four times on this adventure – that’s a long way to go with three kids (who are all younger than six) in the small window of opportunity that is school holidays. All the while very conscious of the serious finger-wagging Liss will give us for not travelling slowly.

We make our way to the Eyre Peninsula by following the spectacular Murray River from Renmark to Victor Harbour, then spending a few nights at Christies Beach, south of Adelaide. We finally break camp and continue our journey west on our eleventh wedding anniversary, celebrating the day mostly by being thankful we’re lucky enough to have children who can continually and incessantly ask us “How many minutes until we get there?” Bless.

We do actually stop and spend a week’s worth of grocery money on lunch at the Cooper’s Alehouse in Wallaroo, though. We’re getting into oyster and seafood territory, so I have more than my fill of oysters, squid and prawns. We even let the kids have some pink lemonade so they can celebrate too. You’ll never see that ‘life hack’ in a travelling with kids article, for very good reason.

After overnighting in Port Augusta, to the Stuart Highway north to Uluru, we make a beeline for Port Lincoln, the largest population centre right at the southern tip of the Eyre , and the biggest tourism hub in the region. We probably should have taken our time on the east coast, though, because I keep getting messages from a South Oz mate (usually just hours after we’ve passed the place in question) that read like this – “I should have told you about this earlier, as I don’t know if you’ll go through Cowell on the way back. But anyway… If you want some oysters, the Coffin Bay farms use Cowell as a breeding area. You can go to the oyster companies in Cowell and buy bags full of oyster ‘seconds’ for a few bucks. They can’t sell them in restaurants because their shells don’t have that perfect shape, but they taste the same.” Oh, well. Next time.

In Port Lincoln, we settle into the Port Lincoln Tourist Park for a few nights and explore the town and region from there. One of the first things we do is jump on board the Tesla with Captain Fred. I’m initially a little sceptical of how good Fred’s Marina Cruise will actually be, considering he just floats us around in his little electric boat pointing to fishing trawlers and waterfront mansions, but I rate this as one of the most interesting tours I have ever done. In fact, after telling us about the sorts of escapades tuna divers get up to (these are the guys who jump into the big trawling nets with big schools of tuna to flush out the sharks), I consider a career change. The pay’s good, the work is seasonal, and it sounds super exciting, even if you do literally have to chase sharks out of a net. We also learn how the Eyre Peninsula fishing industry has transformed itself to become environmentally sustainable and Fred puts all our lives at risk by letting my four-year-old son steer the boat.

After that, while my wife and two-thirds of my children rest up in the van, my daughter and I visit the Axel Stenross Maritime Museum. For a long time, I’ve been of the opinion that sailing yachts is exactly like caravanning, just on the water, so it’s fascinating to learn a little more about the sailing, fishing and boat building history of Port Lincoln as we wander around. The place is completely run by volunteers and only gets money from people coming through the doors, so stop in for a look.

Planning a big trip of Australia? Get the best map to track your travels.

Sure, you could probably see mapping information like this on your phone, but is your phone screen nearly a metre high! Paper, it’s the way of the future.

Amazingly, that night we run into my cousin and her young family, who are one month into a four-month caravanning trip of Australia, so head into town for dinner. Both our trips have been planned for months, completely independent of each other, but we still end up camped within minutes of the other on a remote peninsula that’s not on the way to anywhere. This isn’t the first time it’s happened either. We once ran into them on the Cape York peninsula in very similar circumstances, so we look forward to catching up again next time we both just happen to be on the Dampier Peninsula, north of Broome.

The next day I am up early and on the docks at the marina. I’m heading to Hopkins Island with Adventure Bay Charters (who also run shark cage dives!) to snorkel with Australian sea lions more excited than kids given pink lemonade after a long car trip. It’s about 90-minutes south of Port Lincoln by boat, but the young crew are generous with the muffins on the way out and even have a coffee machine on board.

At ‘Seal Cove’ we tie to a mooring and jump in the frigid ocean, waterproof cameras at the ready. The sea lions have seen us coming, though, and a few are already playfully swimming past the boat. It is amazing how close they’re happy to come to us, as well. On a few occasions I can feel the rush of water as one races past, hoping I’ll chase it. Other times, they’ll imitate our swimming, especially if we dive under to do flips and somersaults. The water is murky for our dive, but the crew are right when they tell us that the marine mammals seem to come closer because the visibility is low. It’s a little disappointing when our time’s up and we have to head back, although a hot shower on board, some ham and cheese toasties and more coffee served by the crew certainly cheer me up.

On the way back, we pass the tuna farms where a boat is unloading pilchards (which feed the tuna). The runoff has attracted a huge pod of dolphins, so we spend 15 minutes puttering along with these tiny, graceful whales swimming along the bow of the boat. It’s not even lunchtime yet.

After lunch, I head over to the Fresh Fish Place for some seafood shopping and get speaking to its general manager, Craig. What starts as a fairly interesting insight into how to buy fresh fish, ends up a conversation about the best places to surf in the region and how good the squidding is off the wharf at our caravan park. We have calamari for dinner that night, but I don’t buy it from Craig!

We head for Coffin Bay the next morning, where I’m hoping to pull on some waders and take a tour of one of the oyster farms (oysterfarmtours.com.au), but the tide is too high, so we take the kids to a playground and jump on real estate websites to find out how much it would cost to live in this paradise, buy a small yacht and just fish out our days. Our plans don’t let us stay even long enough to try an oyster pie from the bakery behind Foodworks, but I would happily drive across the country again, just to spend some decent time there.

We continue north, stopping for lunch at Cummins Monument. I have no idea who Cummins is, nor did we even see the monument. Having three weeks earlier torn my hamstring almost off the bone, I just watched enviously as a bloke confidently climbed down the cliff, jumped in the ocean, surfed three exceptional waves and climbed back up, all in the space of 35 minutes.

That afternoon we pull up at Sheringa Beach, which is a popular, but still quiet, little camping hamlet that’s only $10 a night. At the south end, a few gathered campsites with pit dunnies, although we continue further north around a steep point and camp right in front of the water; the one other camper hundreds of metres away.  It’s the sort of place I could camp at for weeks – not because there is much to do there other than fish, surf and read… actually, precisely because there’s nothing to do but fish, surf and read.

Reluctantly, we continue north, conscious that school holidays will soon end there’s still a lot of ground to cover. Just north of Elliston, we slow down long enough to drive the Anxious Bay cliff top drive, which rivals any part of the Great Ocean Road for stunning seascapes. We streak past Streaky Bay, only stopping for lunch (a spectacular seafood antipasto platter) at M’Ocean café, before spending the afternoon in Smokey Bay watching the fish swim in and around its historic wharf.

Our last official night on the Eyre P, we camp on the hill at Shelley Beach Caravan Park, on the outskirts of Ceduna. It’s a weird, disjointed sort of place, but you can borrow crab pots from the office to catch your own, or fish off the beach for King George whiting using cockles you’ve scavenged from the low tide mark. Plus it’s away from the centre of Ceduna, and therefore much quieter at night. Unless you were the people camping next to us, who had to deal with the teething distress of our one-year-old, most of that night.

, we farewelled the Eyre Peninsula the following morning, headed back home to Wollongong via the very indirect route of Peterborough, Broken Hill, Hay and Melbourne, and adventure in itself. We’d spent just a week in one of the most under-rated areas of Australia that’s just unlucky enough to be on the way to nowhere. Forget about the cliché, ‘we’ll be back one day’ – eventually, I am going to live there. 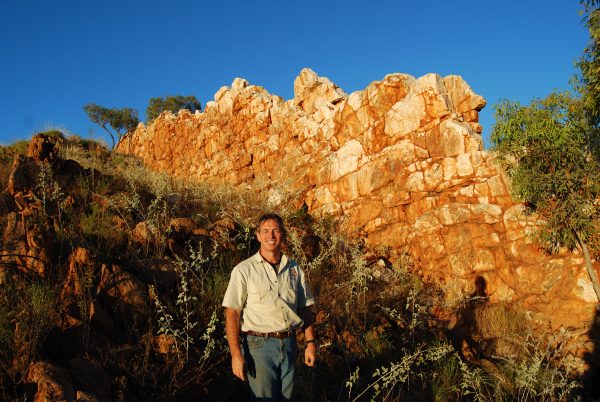 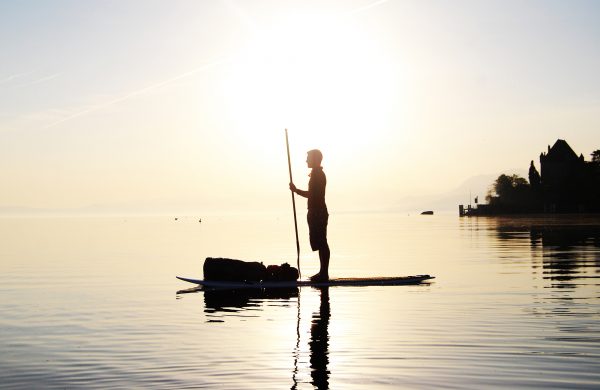