Through the late 1970s and 1980s we Australians were fascinated by learning more about outback Australia, and it was brought so interestingly into our living rooms by the likes of Malcolm Douglas, the Leyland Brothers and even Crocodile Dundee. None looked so deeply into Australia’s Indigenous and pioneering history as Major Les Hiddins, The Bush Tucker Man. Across three television series and in that iconic modified Akubra, Hiddins fascinated us with the techniques the first Australians have developed over tens of thousands of years to survive, at the same time as tracing out the most compelling stories of European exploration into the vast interior. He might not have been on our television screens for 20 years, but he’s still getting out into Australia, searching for bush tucker, researching our country’s history and just enjoying its remote places.

Having recently launched his new website, bushtuckerman.com.au, which is the most concise database of Australian bush foods, we sat down to chat about what sparked is interest in bush foods, and what his next adventures entail.

ROAM: What sparked your interest in Bush Tucker?
Les Hiddins: I think I could wind that question right back to the Vietnam War. There was one occasion over there, I was in the infantry in those days and we were on a very big, long range patrol which kept on getting extended and extended because we were in constant contact with the enemy. We didn’t want to give our position away by getting a new food supply, so we kept stretching the ration packs that we had with us. And I thought then, wouldn’t it be nice to know what you could supplement your food with around here. Then when I changed over from Infantry to Army Aviation, having been commissioned and flying around Australia in a Kiowa helicopters, you’ve got to ask yourself the questions when you are going over 200km of deserted mangroves in the Gulf of Carpentaria; how would I get on if I had to ditch here?

Today, anyone can subscribe to your new website to learn about bush tucker as simple as that, but how did you learn about it? Did anyone else know about it?
LH: Very few. Only the Aboriginal people and a few anthropologists around Australia that recorded some of the bush foods in use in certain communities. But their records were very limited to a single community here or another community over in the Kimberley, and they’d only record the stuff that was evident while they were visiting that community. Don’t forget, of course, that bush tucker is like ordinary food, it’s seasonal, and as one thing goes out of season, another thing comes in. So, you’ve got to record that seasonal change as well. But no, there was no one there to hold my hand while we did this.

You finished up in Vietnam in the late sixties and got your defence fellowship to study Australian bush survival techniques in 1980. How did you develop your knowledge of bush tucker in between?
LH: I took it up, not as a job, but as a hobby. As I was flying around various areas and stopping in places like Aurukun and Arnhem Land and the Kimberley, and that sort of thing, I’d ask the locals what was in season. They’d show me something and I wouldn’t have a clue what it would be at that stage, so I’d take photographs and get back to Townsville and take the sample that I’d collected to the herbarium at the James Cook University and they’d identify it for me. Then I’d go and research that species and what you can do with it. And once I got the Defence Fellowship, things got a bit more serious, because we started analysing the samples I’d collected and finding out the nutritional values as well.

Kakadu plum is one of the most famous foods you’ve found. What’s made it so significant?
LH: It now leads the world in ascorbic acid, or vitamin C, and we had no knowledge of that at all before we catalogued it. It belongs to the terminalia group – that was Terminalia ferdinandiana – but it’s got cousins around the place and they are all really high in vitamin C. It’s really interesting, you know. I was reading the history of WWII and the prisoners of war in Changi, a rumour went round the camp that they’d be impotent at the end of the war because they had no vitamin C and yet each day the Japanese were making them go out in the streets of Singapore to sweep up the nuts of the terminalia that were growing on the sidewalk. So, the cure for their morale drop was being swept up in the gutter and they knew nothing about it. We only found out about that in the 1980s!

The premise of the Bush Tucker Man series sounds bizarre when you consider it’s just a bloke eating food he finds in the bush. What captivated people so much about it?
LH: I think you’ve got to remember it was a step in learning about Australia. Don’t forget we’d only been here, at that stage, for around about 200 years and we’re still learning about this continent that we’ve got. You know, you can go into the Kimberley and walk 100 yards off the road, stand on top of a rock and be pretty much sure that you’re probably the first white person to stand on that rock. Can’t do that in England.

You’re called the Bush Tucker Man, but you’ve written so many books specifically focussed on Australian explorers and our pioneering history. What’s your fascination with it?
LH: It’s the discovery of the place and looking at our explorers like Kennedy and Leichardt, the Jardines and John McDowell Sturt and that sort of thing. They were pioneers and were operating not that long ago when you look at it. And it was a pretty savage environment that they were working with, too. Some of them played the ultimate price.
One of the first expeditions I did was find out the exact place where Edmund Kennedy was speared on the southern bank of the Escape River up there in Cape York, That was back in 1972.

Expeditions like that must have been pretty far flung in the 70s. How did you go about finding a death site of a guy who’d died 100 years earlier?
LH: In that particular case we were very lucky in so much as the memoirs of one of the surviving explorers, William Carron, his book was printed and attached as an annexe in the back was the account of the party that was led by Jacky Jacky to find Kennedy’s body. And they give a very good description of where he led them, and I think they actually found parts of his sextant where the body had been. They described that, and the width of the Escape River at that time and the fact that there were three anthills there and we found those. The river had narrowed down to be only a few metres across, and there was a little tributary coming off to the south which they described as well, and that’s how we found that.

You grew up in Tropical North Queensland, so it’s obviously been your stomping ground. What do you love so much about it?
LH: I think the variety you’ve got here is pretty good. It’s got a tropical rainforest (we don’t have that in Arnhem Land, we’ve got riverine rainforest, but not a tropical rainforest). We’ve got the Great Barrier Reef and another race of people just up in the Torres Strait – the Torres Strait Islanders. And that whole environment, particularly the Barrier Reef, has got a history all of its own that you don’t get somewhere else, like all the sailing ships that got sunk along it back in the 1800s and even before that with the Spanish, so its very rich in history.

What are some of your favourite spots in Tropical North Queensland
LH: Well I’ve got some secret places, which I’m not going to tell you! But I’ve actually got an area where for Vietnam Veterans to retreat to and that’s called Pandanus Park, attached to the northern boundary of Rinyiru (Lakefield) National park and that’s a pretty good area. There are some really good camping spots, lots of shade, and barramundi in the waterways.

When you travel do you still learn new things about bush tucker and new foods?
LH: Pretty much. But not the way I did 30 years ago, because it was a brand-new sheet of paper back then, but you can still learn. What I do now is get better photographs and that sort of thing, because back then it was all film, and now its digital, and as you’ll see on the website there’s quite a leap forward on the photographs.

So, you are going to keep updating the site?
LH: Yes, as time goes by we’ll be improving the pictures of all of the foods and adding some voice commentary for all of them, because you can do that on the internet, but not in a book. Then maybe later on I’m thinking about getting a drone and doing some aerial and video stuff.

You can find out more about Les website by visiting bushtuckerman.com.au. Subscribe for just $5 a month to get full access to everything you need to know about Australian bush foods and their uses. Les also wrote the foreword to our next book, 100 Things To See In Tropical North Queensland. Subscribe to our newsletter to find our more about its upcoming release, or pre-order it from our shop to get free shipping in Australia. 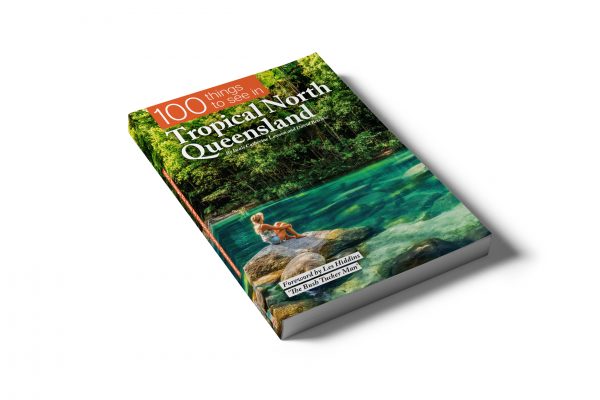 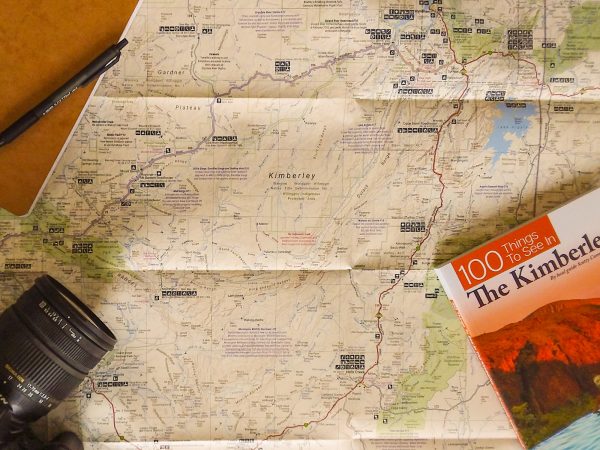 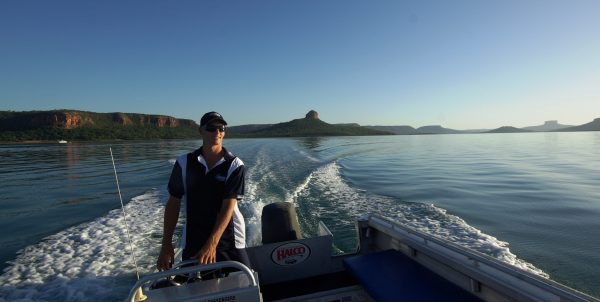